I'm posting an extra post this week because I've lots of photos to share from my daily walk.  Don't feel like you have to read any further if you're tired of seeing these.
The smoke from the California/Oregon fires arrived here on Monday.  The sun didn't stand a chance, and there was an almost yellow glow to the air.  It didn't smell smoky though and it was quite warm.  I can't imagine what it is like where the fires are burning and my heart goes out to all those who are affected by them.
Autumn has arrived, seemingly overnight as these photos would suggest. At least I don't recall seeing the colors when I walked on Sunday.

I know for absolute certainty that this tree had leaves the prior day.  It's the only one that has dropped all of its leaves so I assume there it is stressed for some reason.
Tuesday was a walk with lots of critters! First up were the bunnies in the closest park, but none of them would pose for me.  So here's a photo from the following day instead. 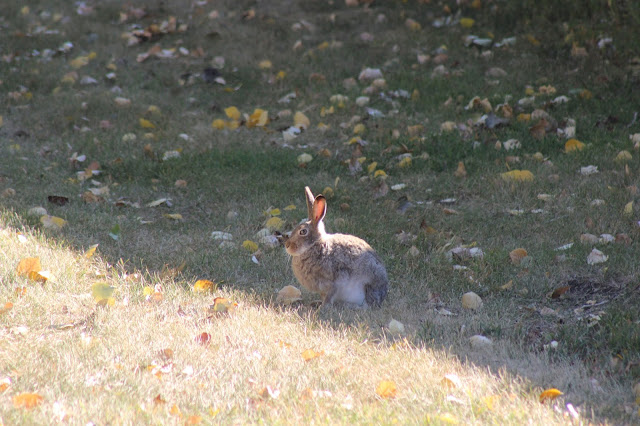 Over at the creek park I ran into a fellow with his dog.  The owner told me the dog loves to have his photo taken, so of course I obliged, after a few scritches and pats.  What a handsome boy! 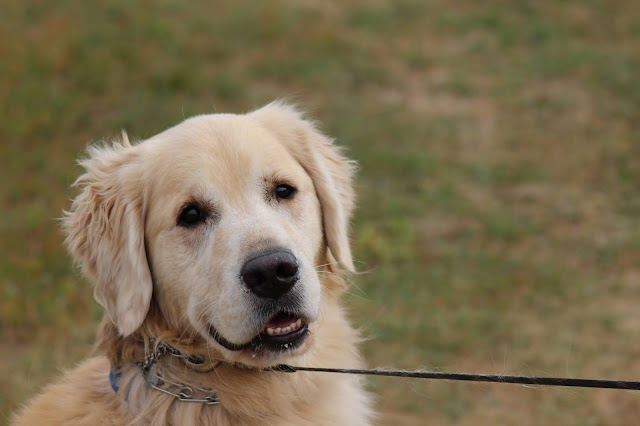 The ducks and the Godwit were at the creek too, but I have taken so many photos of them I carried on over to the pond.  The geese were gathering, with pairs and larger groups flying in overhead and landing on the pond.  This pair made me laugh, I can almost hear the one saying to the other, "landing gear down!". 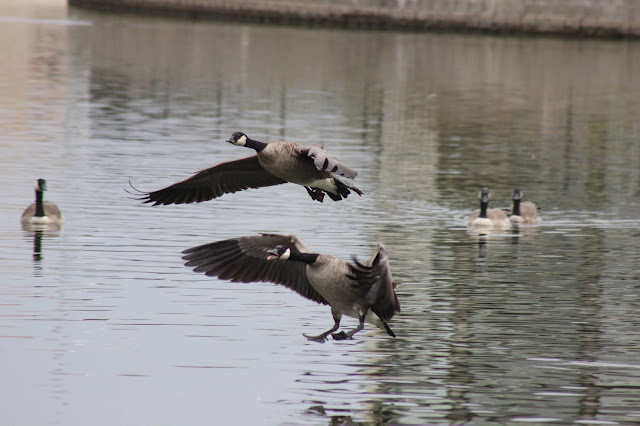 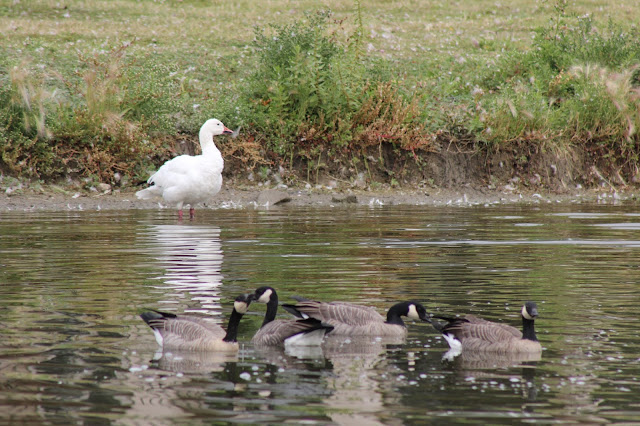 I get so excited when I see something different on my walk and this day it was a snow goose.  Normally when I see these, there are out in a field north of the city.  R said that he's not seen them this far south this early in the year before.  I wonder what they know that we don't. 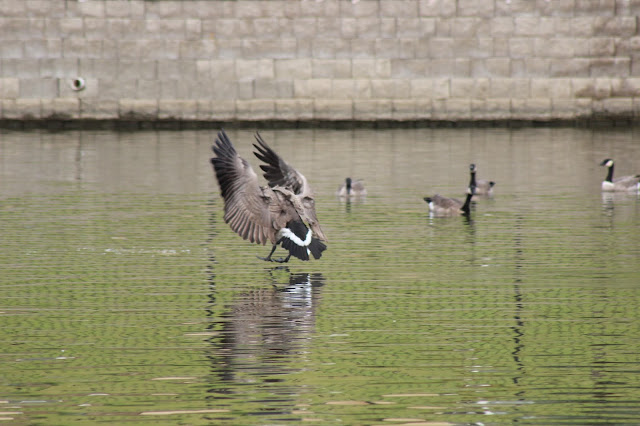 A bird or an alien?  It looks a bit like both!
Today's walk took me to the creek again, where the ducks and Godwit were seen.  Along the banks the vegetation is still green  but the rest of park is pretty brown and dry. 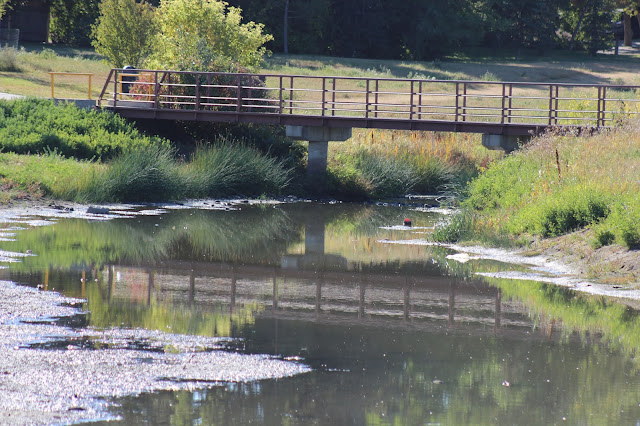 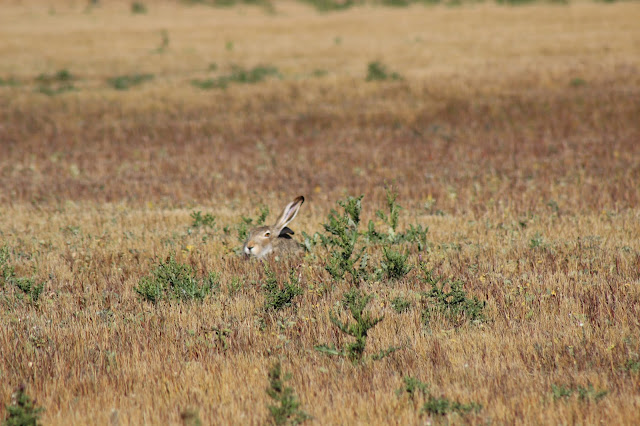 The jack rabbit hunkered down as I passed.  If it weren't for the bit of green he would have been hard to see.
As I arrived at the pond it was evident the geese are gathering. My goodness the noise! 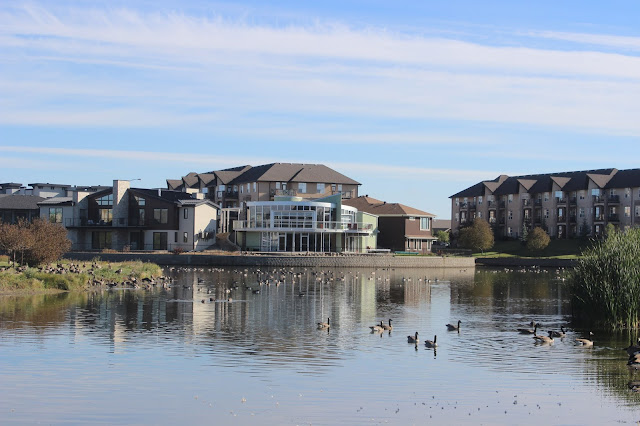 There was another surprise for me at the pond too. This was the best photo I could get, and I'm pretty sure it's a beaver.  I've send the photo to my brother to confirm.  It  headed into the water after this photo and dived under and though I stood and watched I couldn't get another photo of it.  (Update: Kea mentioned it may be a muskrat and my brother has confirmed that is indeed what it is.) 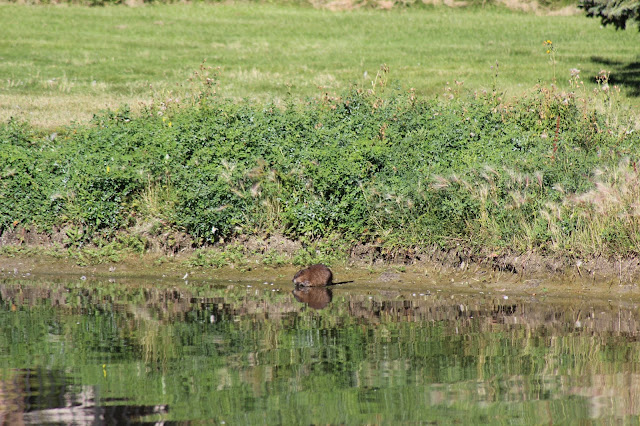 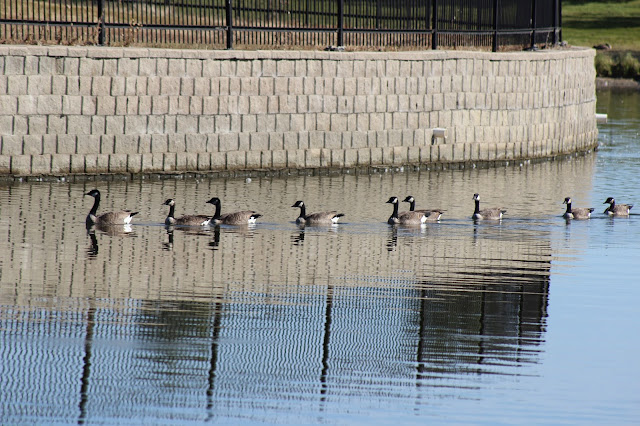 I've heard of having your ducks in a row, but never one's geese.  What can I say, I'm easily amused. 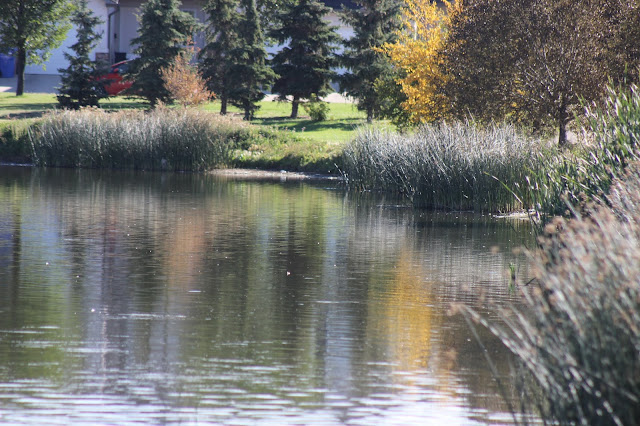 No birds in this photo, I just love the colors reflecting on the pond.
The smoke has cleared and the sun is shining brightly this afternoon.  The cats are in the sun room and I'm going to join them there in a bit.
Take care and stay well everyone!