In the comments to the last post, there were several requests for photos of the she-shed's progress.  R and L, with some assistance from K this past weekend finished a lot of the outside.  Since then he's worked on putting the windows in every evening after work.  Have I said this guy never stops moving?  He's so much like our Dad, both in looks and in energy level!

Here are some of the photos he's sent to me over the past several days. 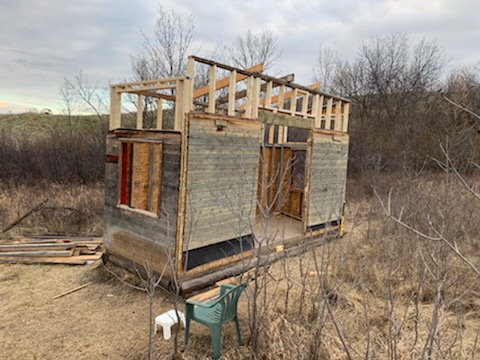 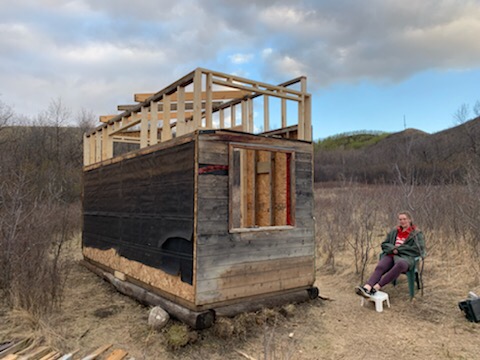 My niece L seems to be taking a short break. 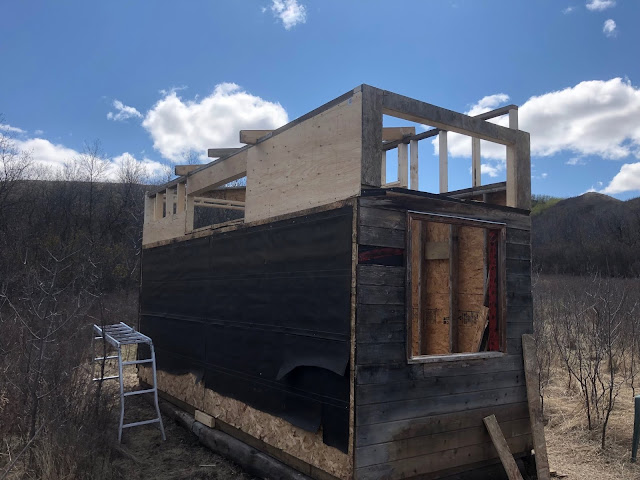 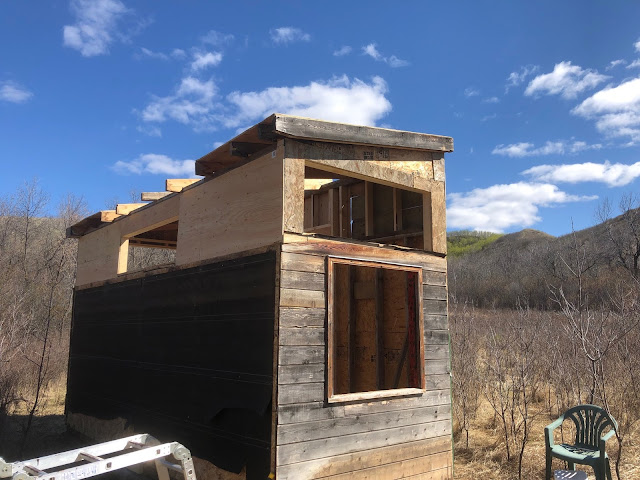 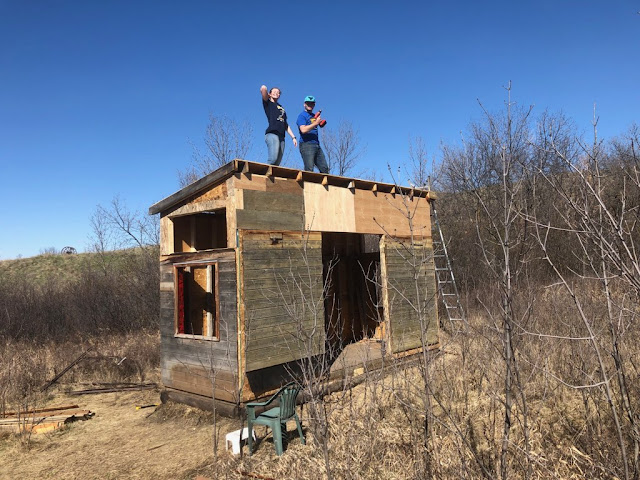 K and L appear to be celebrating having raised the roof.  R said that was the hardest part because the roof pieces were heavy and the walls were 2 feet higher. 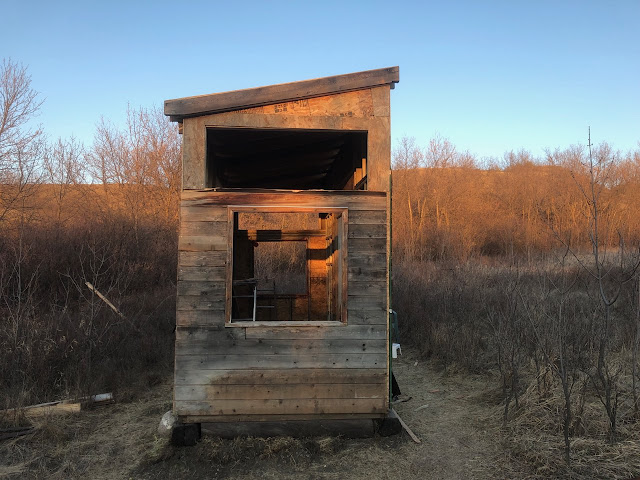 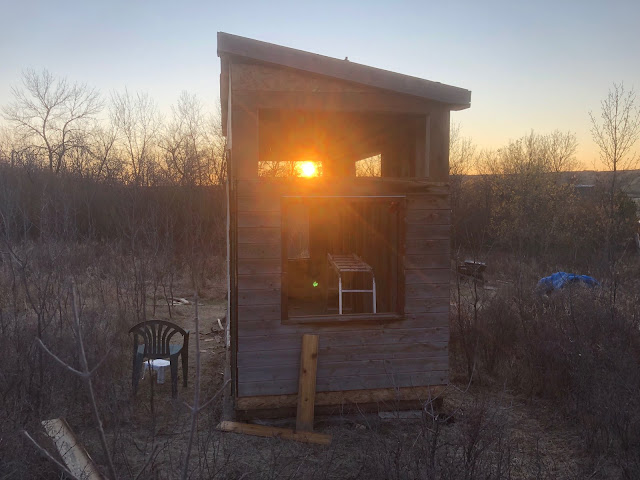 This is where they ended the evening on Sunday. 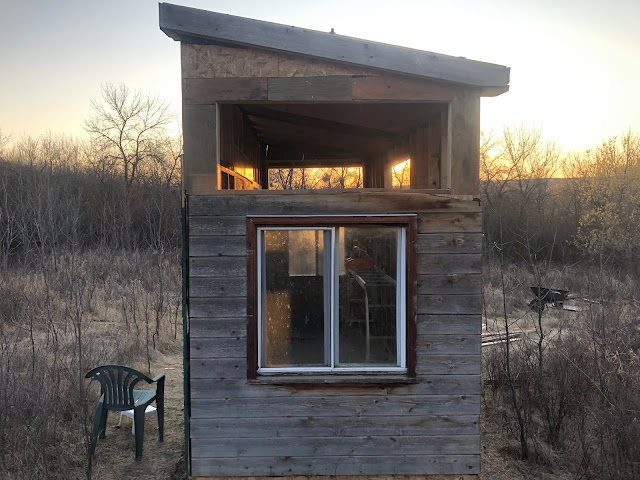 Monday evening he was able to fit in the old windows. 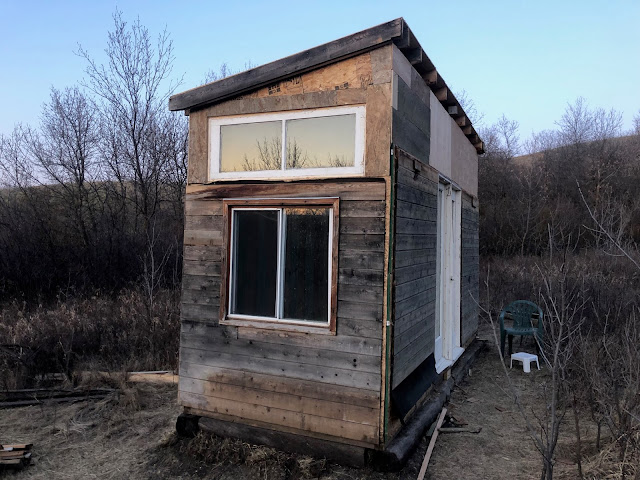 He also got in one more window and the doors. 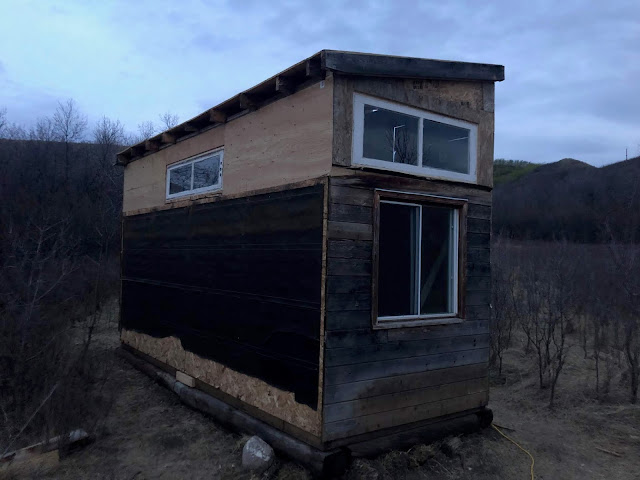 On Tuesday he finished putting in the rest of the windows.  He was mentioning that L will now need to be patient because completing the trim and finishing things off inside will take some time.  I know they are planning to put wood from the old kitchen ceiling in as flooring.  But for now, the she-shed is closed in and (hopefully) critter proof.

I'll be sure to share photos of the interior work in future posts.
Posted by Maebeme at 09:44
Email ThisBlogThis!Share to TwitterShare to FacebookShare to Pinterest
Labels: construction, family, she-shed